The Via Francigena Signage: what it is and how to recognize it

Walking on the Via Francigena is a fascinating experience. The journey along this route offers the occasion to explore the marvellous unspotted beauty of nature which surrounds us and to reflect on the different meanings this path has had over centuries, while stopping in typical villages and refreshing with good food.

The premises are very romantic, but walking on unpaved roads can sometimes lead to confusion in choosing the right path to take: how can I figure out which way to go? Am I on the right trail?

No worries for the Via Francigena, the route is actually well marked. But before you begin your walk better to be prepared to the various types of signage you can find.

There are two main brown metal plates you can encounter on the route: one type shows the indication “Via Francigena” and a pictogram with two walkers/cyclists/a car or a horse. These signs indicate the direction of the route on foot/by car/by bike/on horse and are generally positioned in areas where motorized vehicles can circulate.

The second type has smaller dimensions, it is fixed to wooden poles and shows a pilgrim and an arrow indicating the direction to follow at junctions. 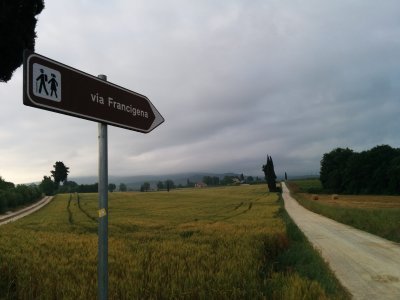 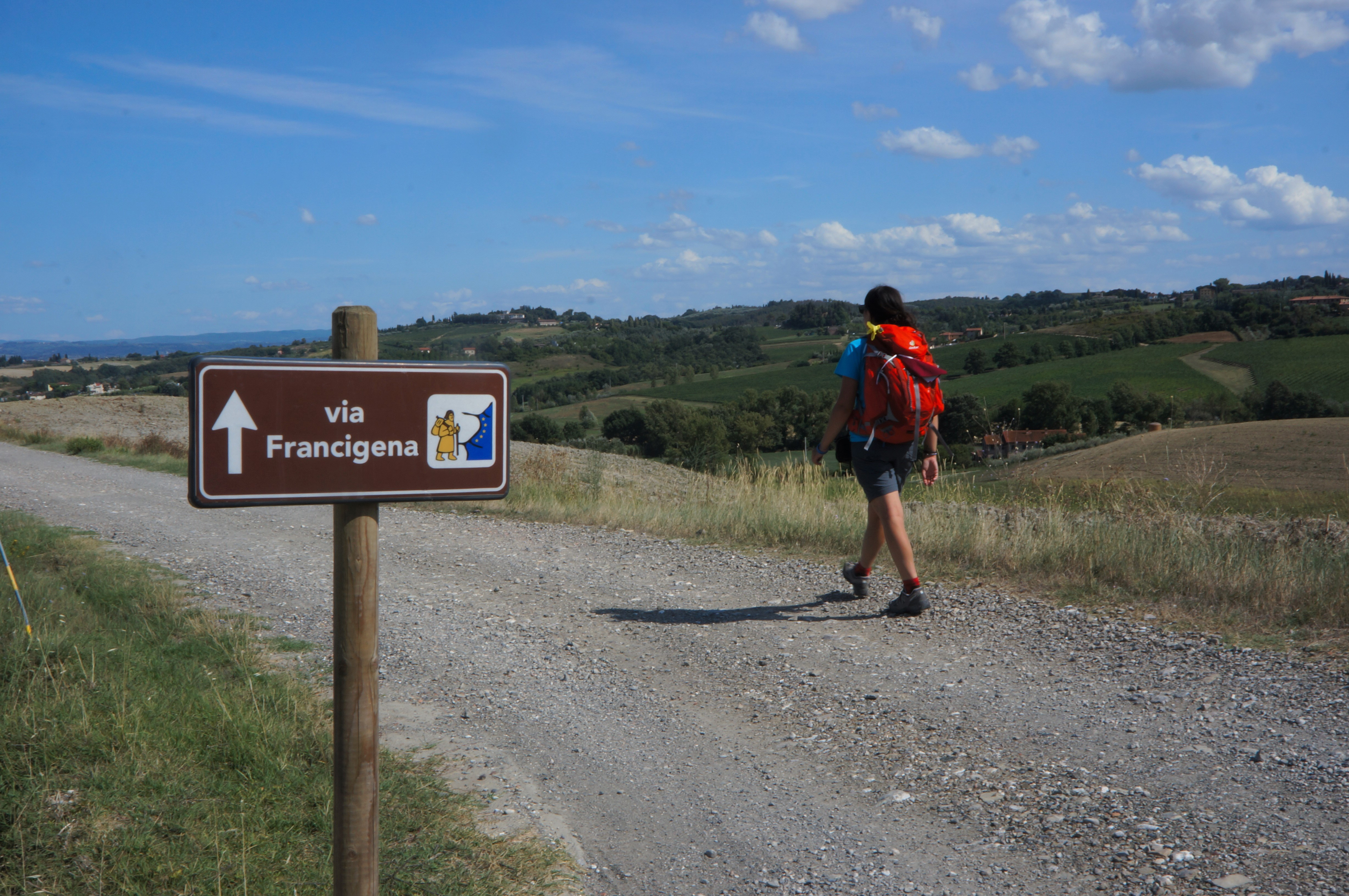 It is also possible to find wooden poles with a yellow metal plate on it. It shows red and white flag with a yellow pilgrim in the center and an arrow indicating the direction.

Other types of signs

Stickers and other painted trail signs do not have a specific location such as the others. They can be placed on tree trunks, milestones or road poles themselves. Among these signs you can find painted red and white flags (with or without the black pilgrim symbol); red-white (for the VF walking route) or blue-white (for the VF cycling route) stickers with a small black pilgrim in the middle. 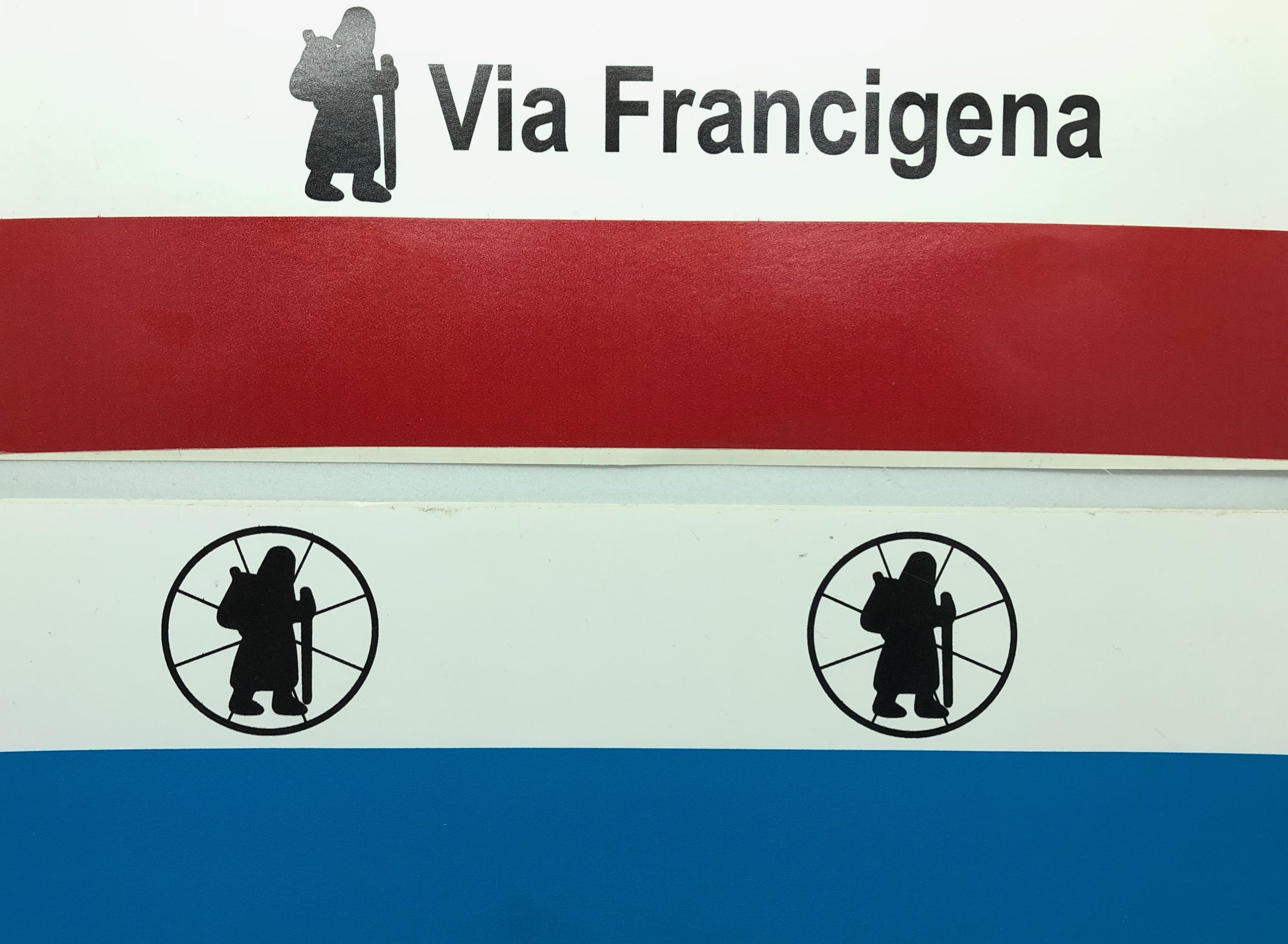 The signage was laid along the whole official Via Francigena route between Pont Saint Martin and Rome, except for the Autonomous Region of Val d'Aosta where you need to follow the yellow pilgrim signs.

In addition to the official trail markers, it is also possible to find other trail signs, the most frequent of which is a white arrow with a yellow pilgrim. This however indicates a variant from the official route.