> > Home
> Walking on Via Francigena, from Grand St Bernard to Ivrea

Walking on Via Francigena, from Grand St Bernard to Ivrea - 9 days

Great Saint Bernard Pass, located high up on the Swiss Alps, can be easily reached by train from Geneva to Martigny then by bus. This segment has a symbolic value as you cross the Alps. Scrambling along mountain trail you reach the historical hospital of the Agostinian Friars founded more than 1000 years ago, who along the centuries saved so many lives of pilgrims with their famous dogs.

The superb scenery of the Pass with the small lake and the crown of high mountains greet us at departure. Entirely on trails the route passes through St. Rhémy en Bosses, well known for the ham it produces. We descend to Etroubles, since ancient times this village has acted as the main centre of the area; the Roman soldiers had here their winter quarters under.

To reach Aosta, today we walk along the Rus, irrigation canals, very important for the agriculture.They are generally at mid height and we follow them before descending more steeply towards Aosta.Of Roman origins, Aosta has kept many historical remains of that period such as the Pretorian Arch and the theatre.

The stage ends in Ivrea, located on the banks of the river Dora Baltea.In the towns you will find some important remains of the Roman Age and from medieval times, when Ivrea was protected by its walls and divided in “rioni” (neighbourhood).

This itinerary is carried out with funding of Routes4U, joint programme between the Council of Europe and European Union.Its contents are the sole responsibility of Sloways and do not necessarily reflect the views of the Routes4U joint programme. 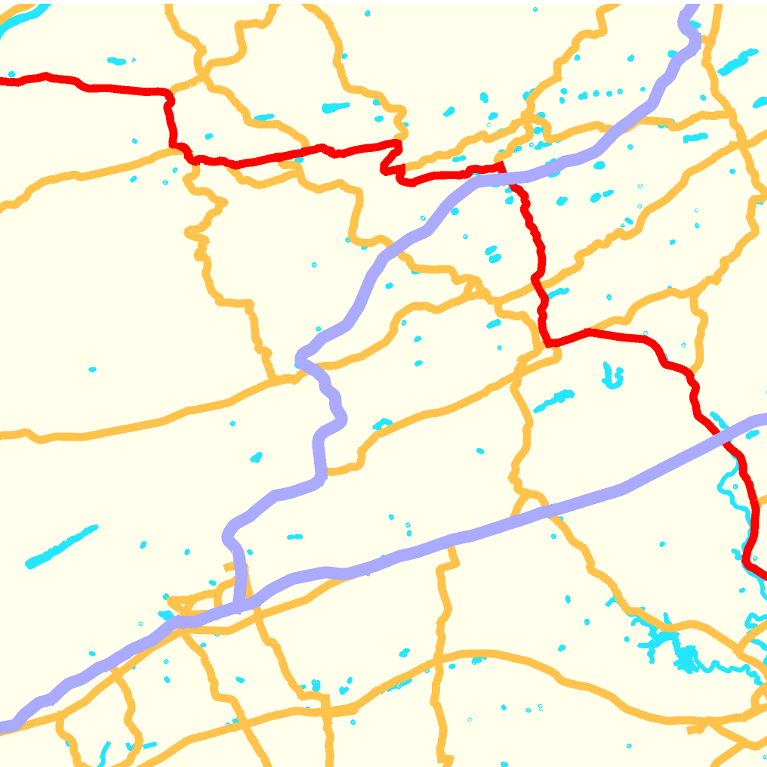 Reaching the Gran San Bernardo Pass, you will find the “Hotel Italia”, an ancient place where pilgrims found relief from their journey.

From the San Bernardo Pass you arrive in Italy and continue on to the nice village of Etroubles, walking along the Via Francigena official route. The itinerary is on secondary trails rich in evocative landscapes with its small villages and the ancient avalanche shelter system. Some points could be a bit steep, but there are a couple of possible alternatives to do.

Today you depart Etroubles to reach Aosta, where the pilgrims could worship Saint’Orso and Saint Grato’s relics (nowadays they are patron of the whole Val d’Aosta). The walk promises a deep experience along the mountains, crossing meadows and pinewoods. Meet old refuges, the chapel used by the pilgrims, and follow the ancient stream “Ru Neuf”. As the last part is on a descent path, it is possible to take a bus from Verrailes to Aosta.

The route winds among castles and vineyards. You will flank the fine Quart castle, with its chapel dedicated to the local saint, Emerico. Along the approaching road you will be able to touch the semi-spherical engravings made in the rock by prehistoric men, the Coppelle, trying to imagine what they were used for, still surrounded by mystery.

You will walk for a long way alongside the Rus, ancient artificial canals which still water the crops on the mountainsides of the Valle d'Aosta. Between one vineyard and another, we recommend a stop at the Crotta de Vegneron at Chambave, a temple consecrated to the wines of the Valle d’Aosta. Once you arrive in Saint Vincent, you will be able to stop for a reinvigorating rest at the spa.

From Saint Vincent you will continue along the left side of the Valley, meeting along your way the very fine Saint Germain castle: you can admire its Mezzogiorno towerfrom under the impressive medieval walls, once a formidable defence tower belonging to the De Mongioveto family which dominated the valley. From here you will travel along a short section of the ancient strada delle Gallie, before being enchanted by the splendid itineraries offered by the route as far as Verrès, which climbs up the side of the mountain. If you like castles, we recommend a visit of Issogne.

Today a brief journey in a time machine awaits you: at Arnad you will be able to emerge yourselves in the part of medieval pilgrims walking through the naves of the parish church of San Martino, before crossing the ancient Enchallod bridge. Or you can have fun looking for the tracks of Roman carriages in the stones of the ancient road of the Gauls, which will surprise you with a still perfectly preserved section leading to the gates of Donnas. If you like more recent history, visit Bard fort with its Museum of the Alps.

The alpine scenery gives way to the gentle Piedmont hills, among characteristic villages and sections surrounded by nature. Today’s destination point is Ivrea: the old town centre will delight you with its fine castle and tall tower of Santo Stefano, but do not miss a walk through an open-air museum of modern architecture. For the gourmands, we recommend a break to taste the Novecento cake, a chocolate cake whose recipe is jealously guarded by the town’s pastry-makers.

The hotel was built facing the Gran San Bernardo lake and offers a spectacular view of the mountain. The rooms are warmly decorated but do not have a TV. The property features a restaurant, a terrace overlooking the mountains and a small and essential SPA with a jacuzzi and sauna.

A small and traditional family-run hotel, the Hotel Beau Séjour has comfortable and welcoming rooms equipped with TV, wifi and, most of them, also with an exceptional view of Mont Blanc.

Hotel Cecchin*** is located in the historic center of Aosta, a few steps from the Arch of Augusto and monuments that characterize the city. It born in 1982 on the Roman Bridge, along the Via Francigena, from Roman building.

The Rosset family, a noble dynasty whose forefather was Jean-Pantaléon , has been living in Nus (Aosta Valley) since the beginning of the eighteenth century, in the buildings he had built: his owner house and the farmhouse. The new building consists of four double en-suite rooms, a single room, a three-bed room with living room and are well-equipped with tv set, private service.

Comfortable hotel under new management. Located a few steps from the Casino de la Vallée in a strategic position to reach the resort and the most popular tourist attractions in Valle d'Aosta. Rooms are furnished in a simple way and have TV, WiFi coverage, bathroom with shower and hairdryer. Some of these have a balcony with mountain views.

The Hotel Relais St. Gilles is located in Verrès, in the tranquility of the low-lying valley. Rooms are well-furnished, spacious and clean and are equipped of these comfort: air conditioning, private bathroom, satellite TV and free Wifi.

Hotel Crabun*** is situated along the ancient pilgrimage route of Via Francigena in Pont Saint Martin. Decorated with warm colours and wood furniture, rooms at Hotel Crabun are classically furnished, and come with either carpeted or wood floors. They all have a balcony and satellite TV channels.

“Il Tuchino” Bed and Breakfast is located in the “Borghetto,” the medieval heart of the ancient town of Ivrea and it was recently renovated under the guidance of the architect Annibale Fiocchi, who worked with the well-known architect Olivetti from 1947 to 1964. Rooms are elegant, spacious, comfortable and equipped of air conditioning and free Wifi.

When you start the tour in Amsterdam, Bruges, Utrecht, Bunnik and Huizen it is possible to rent a GPS device (€ 10 each).
GPS tracks are available for all tours

· Nights in double room in **/*** hotels , B&B and agriturismi with breakfast

· luggage transportation from hotel to hotel

· maps and detailed description of the itinerary

What is not included

· lunches and dinners, if not otherwise stated.

These services can be added to the ones included in the base price of the tour:

· Transfers to reach the starting location or to leave the arriving location of the tour, which will be quoted on request.

· everything that is not mentioned in the "What is included" section.

Previous Next
Walking on Via Francigena, from Grand St Bernard to Ivrea
Go to gallery