> > Home
> Cycling on Via Francigena, from Parma to SIena

Cycling on Via Francigena, from Parma to SIena - 9 days

A journey that starts across the agricultural plain dominated by the Po. You will start Parma, one of the most beautiful surprises of the Via Francigena, and a city that will lies in the middle of one of the most mythical areas of Italian food and wine. It is in fact home of the Prosciutto di Parma, the culatello di Zibello, and Parmigiano Reggiano. But don’t eat too much though, because your walk still has beautiful surprises in store for you: you will continue your journey through the Appennines at the Cisa Pass until the descent towards Pontremoli and the crossing of Lunigiana, territory of castles and medieval villages.

Finally Marina di Massa, where you will be able to set your bike down and enjoy a nice bath, before ending your journey in Lucca, with its enchanting elliptical square.

Then, you will enter one of the most intersting and pictoresque sections of the whole itinerary of Via Francigena: the tuscan Valdelsa valley around San Gimignano, before reaching Siena, one of the gems of central Italy.

The tips of Valentina:

Your trip begins in Parma, the Italian province with the highest number of DOP and IGP food products. For this reason, it is an excellent starting point for your cycling tour!

Do not miss a visit to the historical centre, where you will have the chance to visit the imposing romanesque Dome, Teatro Farnese and the Galleria Nazionale (with paintings by Leonardo Da Vinci, Van Dick, Tintoretto and Beato Angelico).

Today a demanding leg awaits you, but one that is rich in beauty: along your way you will come to the villages of Bardone and Terenzo, where you will be able to admire ancient churches and some bass-relieves treasured in their interiors. From this point you will face an ascent that will lead you to Cassio, where a brief descending trait will make you think you have reached your destination. However, this is not true: you will have to face another ascent towards Berceto, a little "stone jewel", where you can restore yourselves with local mushrooms and pattona, a typical cake made from chestnut flour.

There will be no rest during the last leg, but this stage holds so many surprises in store that it will make all your efforts worthwhile. From the Cisa Pass you descend towards Pontremoli, the town of bridges and stele statues, where you can enjoy a relaxing walk among the alleyways of the old town centre.

Once in Aulla set your bicycle down and visit the Abbey of San Caprasio, which contains archaeological finds from the medieval period. Do not miss a walk along the ancient walls of the Fortezza della Brunella, pretending to be medieval sentries, before taking a walk through the old town centre. And if you are hungry, there is nothing better than the tasty little local focaccias, to be enjoyed still hot accompanied by charcuterie and cheeses.

From Aulla you will travel along the first section of the journey over demanding but gratifying paths: from here you will glimpse the sea for the first time. Along the road you will pass through very green countryside and medieval villages. Once in Sarzana you will be amazed by the Baroque interior of the Cathedral of Santa Maria Assunta, and you will admire the Gothic façade of the Pieve di Sant'Andrea, the oldest building in the town. You will discover the taste of the "torta scema": try to get one of the locals to explain the meaning of its name.

Your journey will continue along flat paths, following in the footsteps of the ancient pilgrims who, from the Roman port of Luni used to embark towards Santiago de Compostela. Do not miss a visit to the archaeological area, with the ancient amphitheatre and the museum which is home to a splendid mosaic dedicated to the God Neptune. You will finally arrive in Marina di Massa, where you can enjoy the first bath of your journey.

A nice cycle path along the sea will lead you from Marina di Massa towards Pietrasanta. Before browsing among its art galleries and shops we recommend a visit of the town’s Duomo, to walk among its marble columns admiring its frescoed vaults.

From Camaiore you will continue up and down among the hills of Lucca, the end of our journey: enter through the walls and immerse yourself in its old town centre, where many attractions await you. You will be able to admire the decorated façade of San Frediano, browse in the little shops of the circular piazza to buy spelt and local biscuits to take home with you, conquer the top of the Guinigi tower and admire the town from up high in its hanging garden

A demanding leg, but one with unique beautiful scenery, awaits you. From San Miniato you will descend towards the bottom of Val d'Elsa to later ascend again towards Gambassi Terme, where you will be able to cross the threshold of the Pieve di Chianni and enjoy a healthy bathe in the hot springs of Gambassi, surrounded by ancient trees.

You will continue your journey pedalling across a splendid natural scenery towards San Gimignano, one of the most beautiful towns along the Via Francigena: you will get a foretaste of your arrival when you see in the distance the famous towers that make its skyline unmistakeable. Do not miss a view of the medieval town and its surrounding valleys from the top of the Torre Grossa, or if you haven't yet run out of energy, venture up the steps of the Rocca di Montestaffoli, for an even more special view.

A demanding but unique section awaits you. From San Miniato you descend in the bottom of Val d’Elsa to later ascend again towards Gambassi Terme, where you will be able to cross the threshold of the Pieve di Chianni, where the same Arcibishop Sigeric slept on his way to Rome. You will continue your journey pedalling across splendid natural scenery to San Gimignano, one of the most beautiful towns along the Via Francigena: its famous towers that make its skyline unmistakeable. Do not miss the view of the medieval town and its surrounding valleys from the top of the Torre Grossa, or if you don’t run out of energy, venture up the steps of the Rocca di Montestaffoli, for an even more special view.

From San Gimignano you continue, up and down, through the Tuscan hills to Colle Val d’Elsa, an out-of-time Tuscan village with a charming old town centre and narrow alleyways winding through the stone walls. The itinerary then continues through one of the most beautiful sections of the Via Francigena: a meditative route, along which you can surround yourselves with the silence of the Pieve di Strove, with its Romanesque interiors, or stand in the quietness of the splendid Abbadia at Isola, with its imposing Abbey. Do not miss a stroll along the wall of the breath-taking castle of Monteriggioni, once defending the Repubblica of Siena, before reaching Siena through dirt roads and the ancient medieval hamlet of Cerbaia. An unforgettable way to celebrate your arrival? A plate of pici all’aglione in the illuminated Piazza del Campo. And don’t forget the panforte!

Our services end after breakfast, unless you have booked any extra nights with us

Have a safe trip home!

Nights in double room in **/*** hotels , B&B and agriturismi with breakfast

Hotel Torino*** is situated in the heart of the historic centre, is just 50m from Parma's famous Regio Theatre and 200m from Cathedral, Battistero and Piazza Garibaldi. Rooms are comfortable and clean with free Wifi, air conditioning, TV. telephone. Breakfast is good and varied. Staff are welcoming.

Located in Berceto’s historic centre, just a few steps from the Romanesque Cathedral, La Casa dei Nonni offers different accommodation types with its five rooms: single, twin and double rooms (extra beds available for children). The location is well-finished and beautifully decorated. Breakfast with house specials is served on the ground floor and for the dinner it's suggested to try the restaurant.

Hotel Demy*** is located in a strategic position for visiting Cinque Terre. Rooms are basic and clean, but old-faschioned and neglected. WiFi isn't working properly. Breakfast is normal.

Hotel Annunziata is located in Massa, just 4 km from the coast and its popular beaches. The structure is dated and it has rooms old-fashioned, but clean. Breakfast is normal and the staff is helpful.

Hotel Rex*** is 80 m from the main train station and 100 m from the ancient walls of Lucca. Rooms are quiet and well-finished with free Wifi, air conditioned, telephone and fridge. Staff is helpful and courteous. Buffet breakfast is rich and varied.

What in the thirteenth century was a severe monastery cloister is now Hotel San Miniato, refined historic home sits on a hill overlooking the Tuscan countryside between Florence and Pisa. The rooms are comfortable, elegant and clean. Breakfast is good and rich.

The hotel is both overlooking the ancient Piazza della Cisterna used to welcome pilgrims from all over the world and charming hills of San Gimignano. This stately homes is located in an excellent position, into the heart of San Gimignano.

Hotel Chiusarelli*** is located in the city center of Siena and finds its natural setting in a neoclassical villa built around 1870. The Hotel has been completely renovated in 2013 and offers spacious and clean rooms with air conditioning/heating, telephone, free Wifi and TV with Sky Vision. The Hotel doesn't have the lift. Quality breakfast. 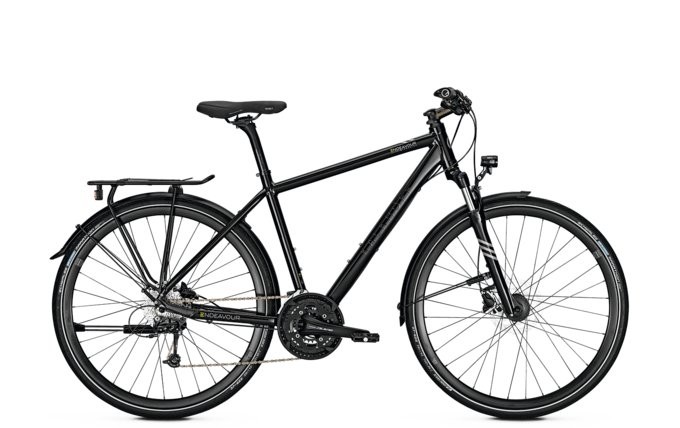 From Milano airports (MXP, LIN), get to the central railway station in Milano, and get a direct train to Pavia.

From Turin airport (TRN) and from Verona airport (VRN), get to the closest railway station, from where you can reach Pavia by train, with change in Milano.

On departure from Lucca, you can easily get to Pisa and Florence by direct train. Trains to Genova, Bologna and Milano are not direct.

GPS tracks are available on request.

When you start the tour in Amsterdam, Bruges, Utrecht, Bunnik and Huizen it is possible to rent a GPS device (€ 10 each).
GPS tracks are available for all tours

· Nights in double room in **/*** hotels , B&B and agriturismi with breakfast

· luggage transportation from hotel to hotel

· maps and detailed description of the itinerary

What is not included

· lunches and dinners, if not otherwise stated.

· everything that is not mentioned in the "What is included" section.

These services can be added to the ones included in the base price of the tour:

· Transfers to reach the starting location or to leave the arriving location of the tour, which will be quoted on request.

Herewith I send you some feedback with regard to our bicycle trip from Pavia to Lucca. Let me start by saying that in general we had a very good time and that we were pleased with the organization of the trip by Sloways. Most of the information you provided was correct and sufficient and the accomodations were good and diverse (from hotel to B&B and agriturismo). The routes on day 3 and 4 are in the hills. Beautiful but very challenging. You have to be an experienced cyclist to arrive! Again, overall a good organized trip. Hope to get back to you next year when we want to start from Lucca to Rome! (Hanneke B., 2018)

Previous Next
Cycling on Via Francigena, from Parma to SIena
Go to gallery